NBA Record Holders, Alumni Nater and Eaton to be Honored

Two Cypress College alumni — Swen Nater and Mark Eaton — will be honored as the 2014 Americana Awards Men of the Year. Both men played for legendary Cypress College basketball coaches Don Johnson (for whom the college’s court is named) and Tom Lubin before continuing to successful careers in the National Basketball Association.

Neither was playing basketball when Assistant Coach Lubin discovered, recruited, mentored, and trained them outside team practices. After completing their studies at Cypress College, both played at the University of California at Los Angeles. Not only did both Nater and Eaton play in the NBA, each still holds league records. 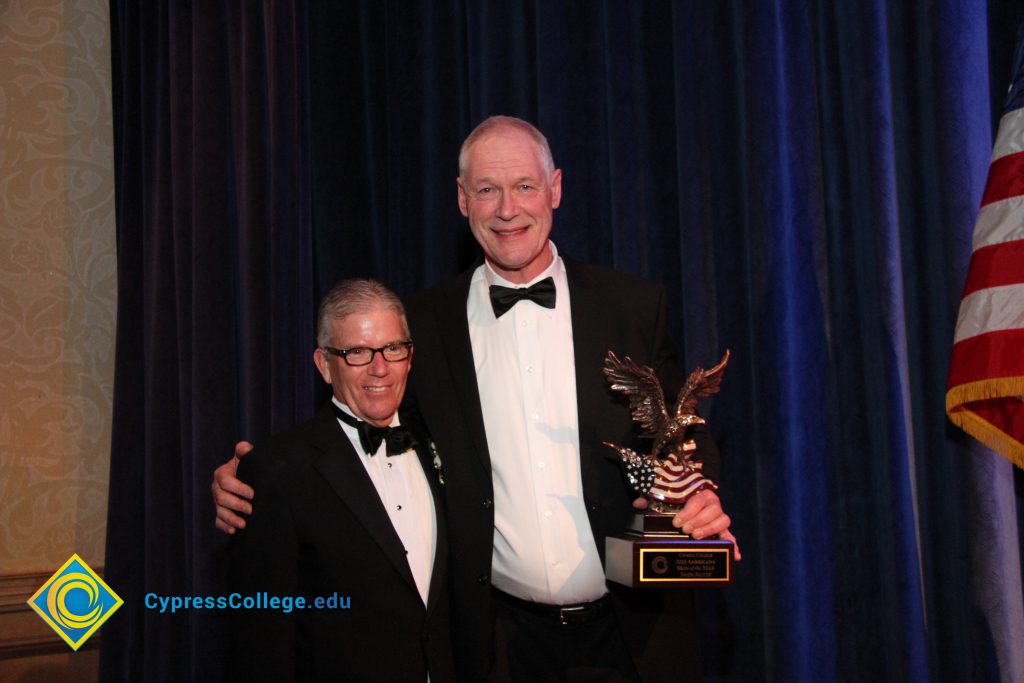 Dr. Bob Simpson with Swen Nater at the Americana Awards

Nater started playing basketball in 1969 as a freshman at Cypress College—thanks directly to the effort Lubin. When he first went out for the team he did not own a pair of tennis shoes. He didn’t play much that first year but became an All-American in his second season and was recruited to play at UCLA for the legendary John Wooden. He went on to play in the American Basketball Association, where he was named Rookie of the Year, and then the NBA. He’s the only player to have led both the ABA and the NBA in rebounding. Nater lives in Issaquah, WA, where he is a buyer for Costco. He is also a much sought-after speaker. 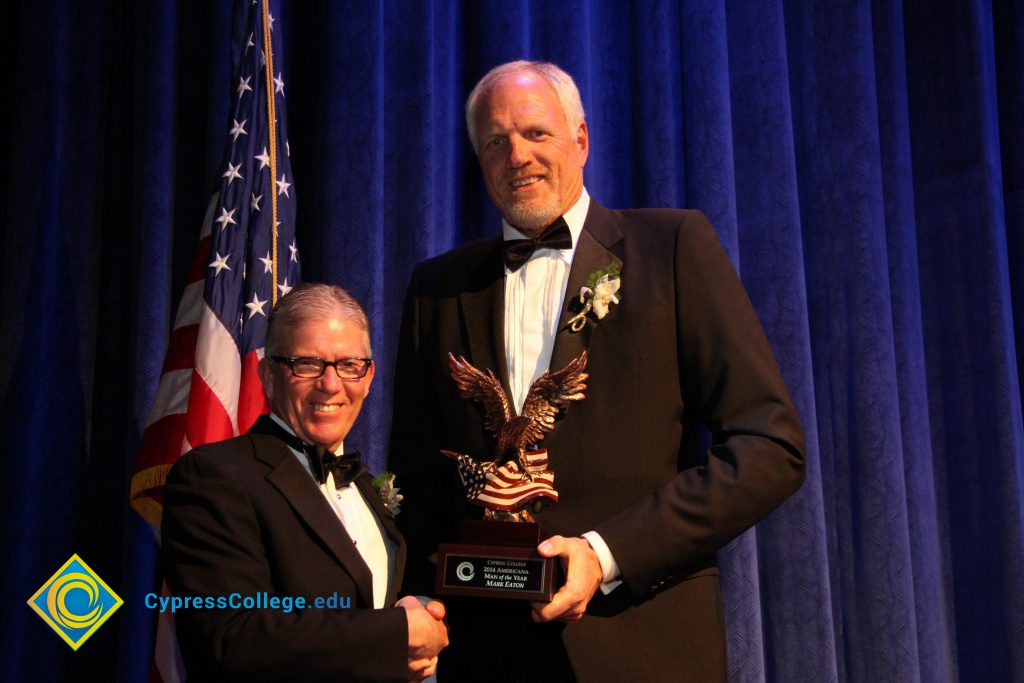 Dr. Bob Simpson with Mark Eaton at the Americana Awards.

Eaton was 21 years old in 1978 and repairing automobiles in Orange County when he was spotted and persuaded by Cypress College Lubin to resume playing a sport he’d grown to dislike. After completing his time at Cypress College, Eaton also ended up with the UCLA Bruins, where he didn’t play much but caught the eye of NBA scouts, primarily because he stood 7-foot-4. The Utah Jazz selected Eaton in the fourth round of the 1982 draft and, over the next 11 seasons, he became an invaluable part of a team that transitioned from laughingstock to championship contender. Now 56, Eaton resides in Park City, Utah, and is a partner in the popular Salt Lake City restaurant Tuscany. He is also a motivational speaker.

Care Ambulance will be honored with the Foundation’s Distinguished Business Award, while Mary Bouas and Irv Pickler, both of Anaheim, will each be recognized with Cypress College President Dr. Bob Simpson’s Distinguished Service Award