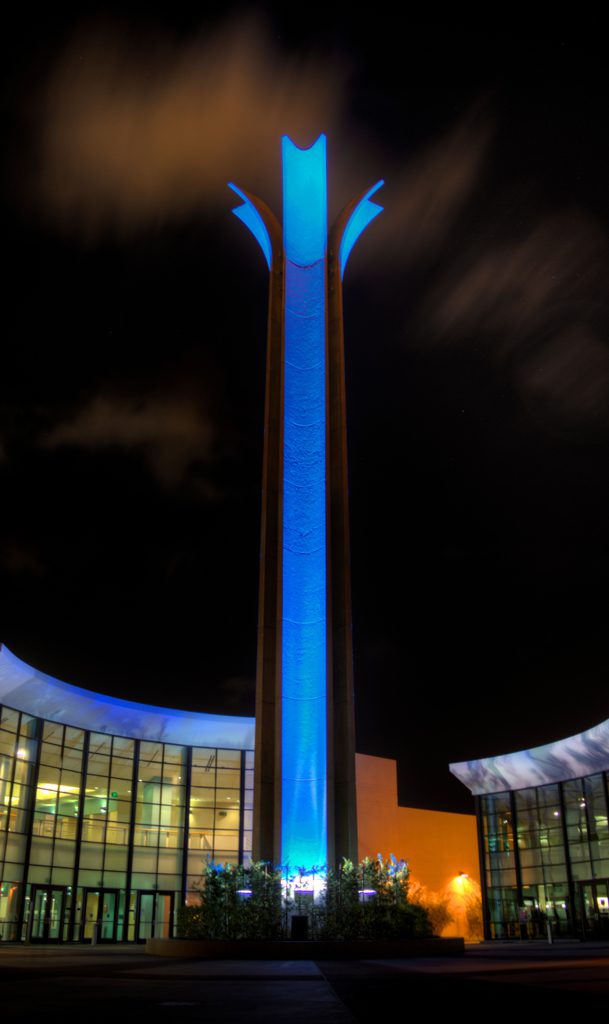 The event is a collaborative effort between the college’s Disabled Students Program and Services and the same program at its sister institution, the School of Continuing Education. The campanile is located in the college Gateway entrance and is visible from off campus as well.

The “Light It Up Blue” campaign is a worldwide effort by to raise awareness about autism by the advocacy group Autism Speaks. In 2013, more than 8,000 buildings and landmarks in over 90 countries on seven continents turned their lights blue in commemoration of World Autism Awareness. World Autism Awareness Day, celebrated on April 2 annually, was adopted by the United Nations in 2007 to shine a bright light on autism as a growing global health crisis.

The campanile is lit year round with white lights, except for part of December, when the arms are red and green, and during the commencement ceremony it is awash in school colors: blue and gold.

The video above was produced from a PowerPoint presentation created by SCE’s DSPS manager Denise Simpson.