Lasanthi Benedict, who is enrolled in Cliff Lester’s “Available Light” Photo 118 course, had photographs from an eventful whale-watching trip picked up by media outlets — including NBC Nightly News and the Associated Press — across the globe. 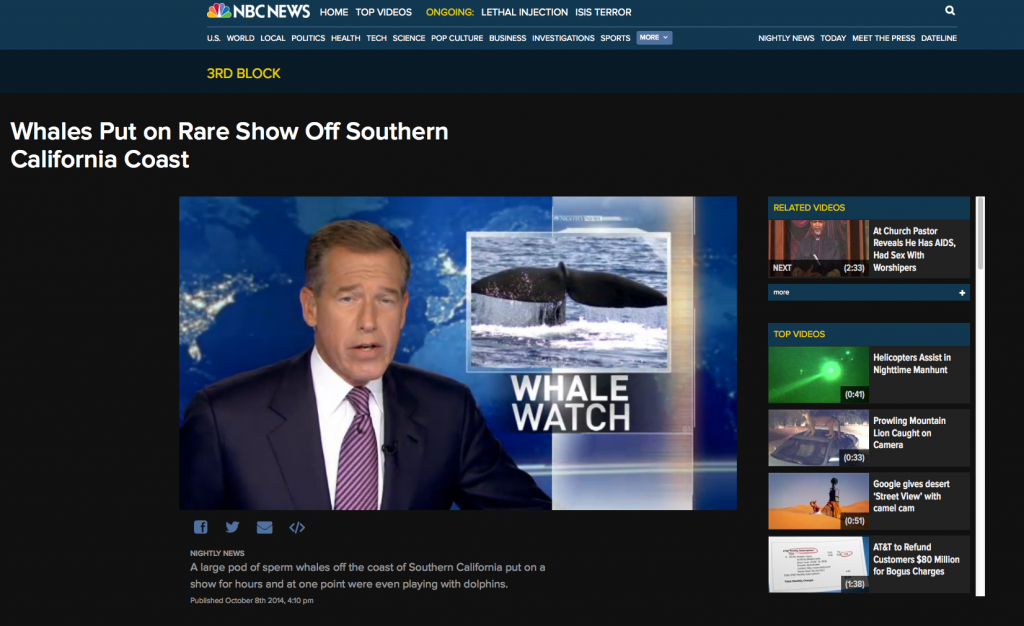 A photograph by student Lasanthi Benedict was published widely, including on NBC Nightly News.

On Monday (October 6, 2014), Benedict was part of a tour off the Orange County coast when the group came across what the Newport Beach-Corona del Mar Patch called a “super-rare pod of sperm whales.”

She told classmates in Lester’s course that by the time they headed back to shore, news crews were circling in helicopters and racing to the area by boat. She called the Associated Press and her photographs began appearing in publications such as the San Francisco Chronicle, the Patch, Southern California Public Radio, ABCnews.com, Yahoo News, the Orange County Register, and NBC Nightly News. In addition, publications abroad also used her photographs, Benedict said.