On Thursday 10/23/14 at 3:30 p.m. several hundred students and staff witnessed the partial solar eclipse right outside the SEM building.

The moon blocked about 34% of the sun as seen below.

You can also see several sunspots, each is as big as the Earth. 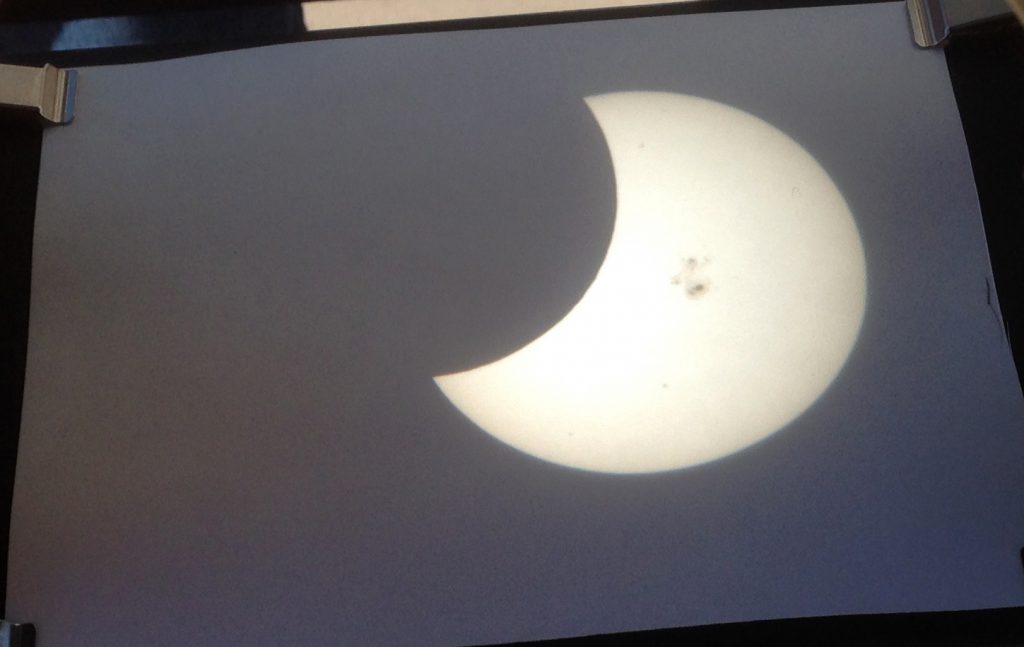