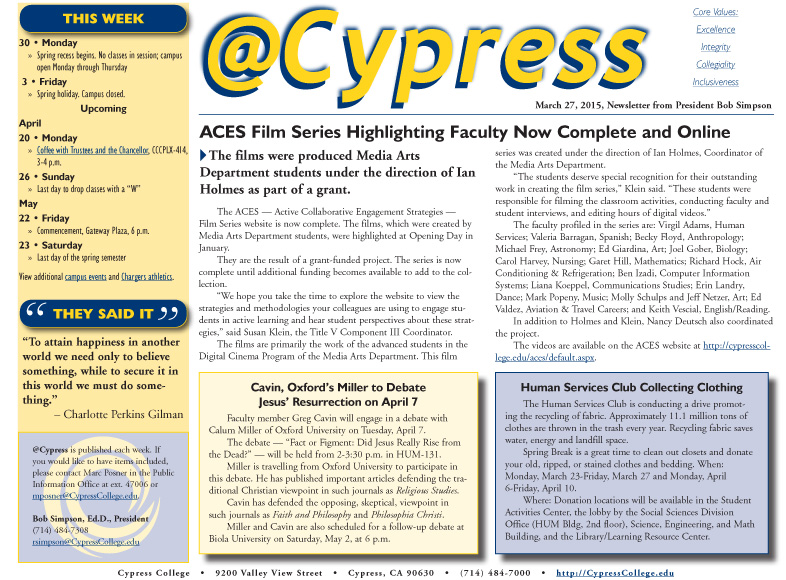 Here is the March 27, 2015, edition of the @Cypress Newsletter from Cypress College President Bob Simpson.