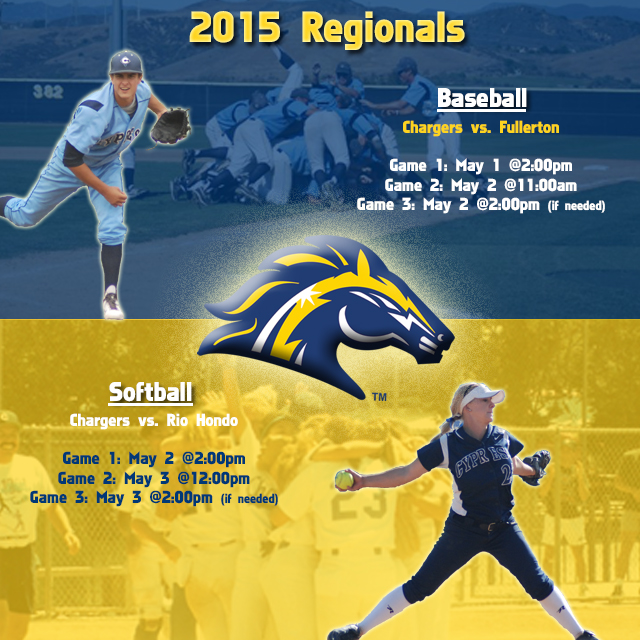 Both the Cypress Chargers baseball and softball teams begin their 2015 championship quests by hosting a regional playoff series this weekend!

Baseball, which finished a game shy of their own OEC championship, starts the playoffs with an intra-district rivalry series. The Chargers (25-11) host the Fullerton College Hornets (21-15). The first game of their best-of-three series is Friday, May 1, at 2 p.m. The baseball bracket is available here.