In Remembrance: Passing of Marion Dorn

Former Physical Education faculty member Marion Dorn (center-left, holding the California trophy in the below photo) passed away on January 22, 2016 at the Eisenhower Medical Center in Palm Springs. 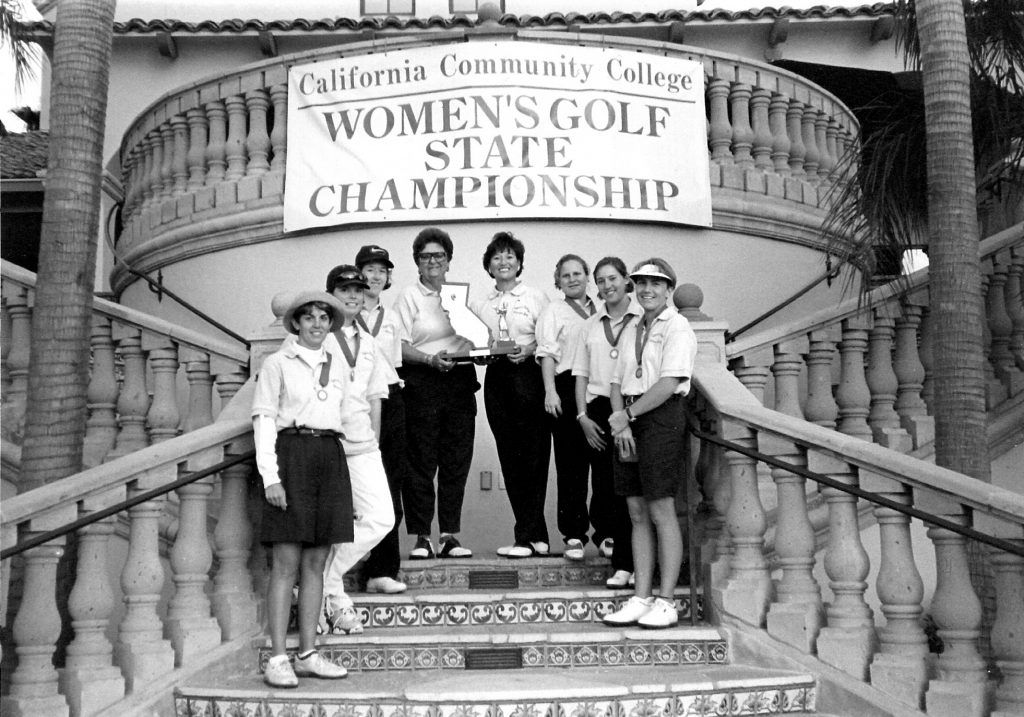 Marion Dorn was originally a physical education faculty member at Fullerton College but transferred to Cypress College in 1966 to help start the physical education department teaching tennis, badminton, fitness, and various theory classes.  Marion was the first women’s athletic director as well as a head coach for men’s golf and women’s tennis during the 1970s and 1980s.

She then turned her interest to women’s golf where her team captured the 1997 CCCAA championship the first year offered. Marion coached at Cypress until 2003 and has lived in Indio ever since. Marion was a strong advocate for gender equity throughout her career and was instrumental in helping move Cypress College toward compliance with Title IX.

She was a founding faculty member at the college and her contributions helped lay a strong foundation for the success that Cypress College Athletics enjoys today.  She will be cremated and buried at Rose Hills with family.  At this time there is no memorial service planned.