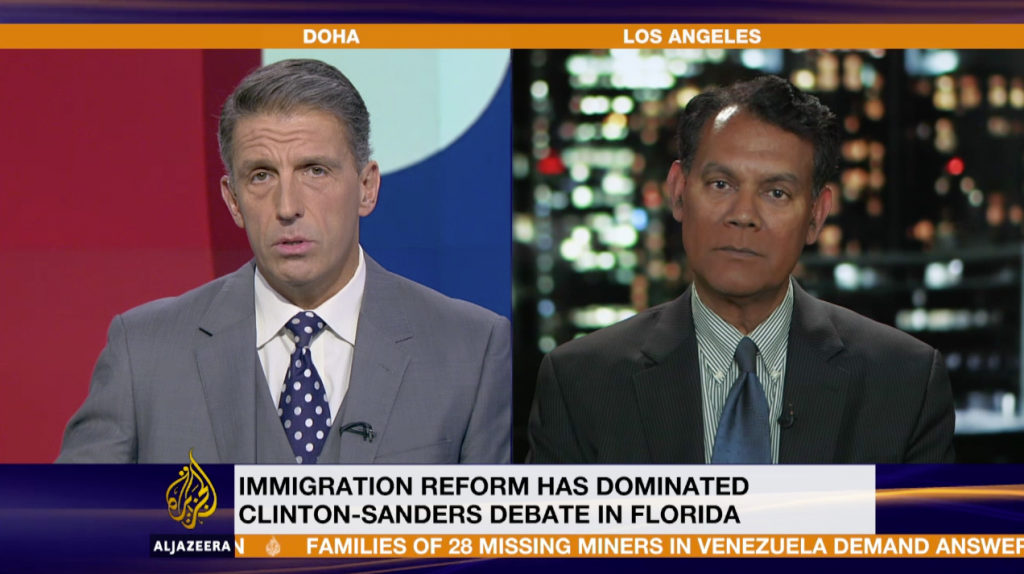 Throughout this 2015-16 primary season, Cypress College Political Science Professor Peter Mathews has regularly appeared in publications and on television to provide his analyses on the 2016 Presidential race. A frequent commentator on local, national, and international media, he was recently interviewed for Al Jazeera English and Al Jazeera International where he offered context on the American electoral landscape: Donald Trump, Hillary Clinton, Bernie Sanders, and much discussed topical issues raised throughout the presidential season, including campaign finance, immigration and the middle class squeeze. Author of the book Dollar Democracy: With Liberty and Justice for Some; How to Reclaim the American Dream For All, Professor Mathews is a respected political analyst whose long-held views are gaining wide traction.