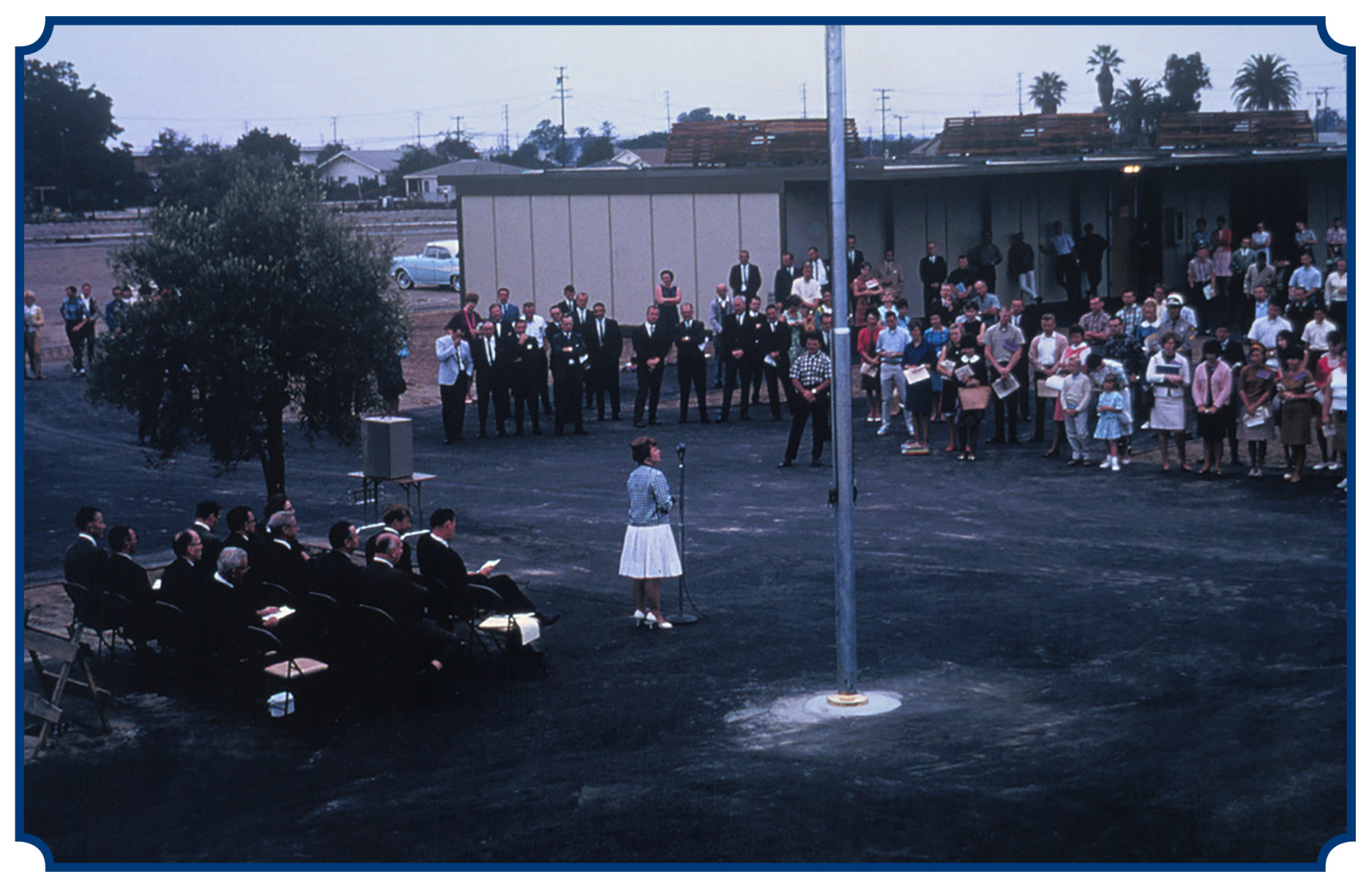 It is one of the beloved myths of Cypress College that on September 12, 1966, during the initial dedication ceremonies, the concrete that set the flagpole was so freshly laid that it could not bear the weight of the flag. … The concern, though, was not entirely misplaced as the physical campus of the College was constructed with astounding rapidity. Newsweek had even spotlighted Cypress College before a single class had graduated when it noted “For pure speed, though, Cypress Junior College probably holds the record. In just 74 days, Cypress hustled dairy cows off its 112-acre campus and installed eighteen prefabricated buildings and 2,300 students.”

— Excerpt from “A Tree Grows in Cypress”
By Dr. Patricia Ganer

ADVISORY: Monday’s 50th anniversary rededication will include a three-volley gun salute performed by military members from the Joint Forces Training Base. No live ammunition will be used in the salute.