Bob Simpson will preside over one final commencement — Cypress College’s 50th. A fierce advocate of public education, Dr. Simpson announced his retirement decision to the campus community late Tuesday — and he received a standing ovation when he shared the news during the NOCCCD Board of Trustees meeting about an hour later. His final day as president will be at the end of the academic year next June.

Dr. Simpson was selected as Cypress College’s 11th President in June, 2012, following a 5-year stint as the College’s Executive Vice President. He has spent 30 years working in education and serving as an advocate for access to higher education, especially for those who begin their studies unprepared for the rigors of academic life.

A California native, he grew up in the Southland and graduated from Norwalk High School. His academic background includes both a bachelor’s in arts and master’s in arts in mathematics from California State University, Fullerton, and a doctorate in Educational Leadership from the University of California, Los Angeles.

Dr. Simpson was a classroom teacher at Fullerton College for 12 years. He also served the college as an instructional dean for 9 years before coming to Cypress College in 2007 as the Executive Vice President. During his tenure at Cypress College, Dr. Simpson has focused upon issues of access, equity, student support, and community outreach. 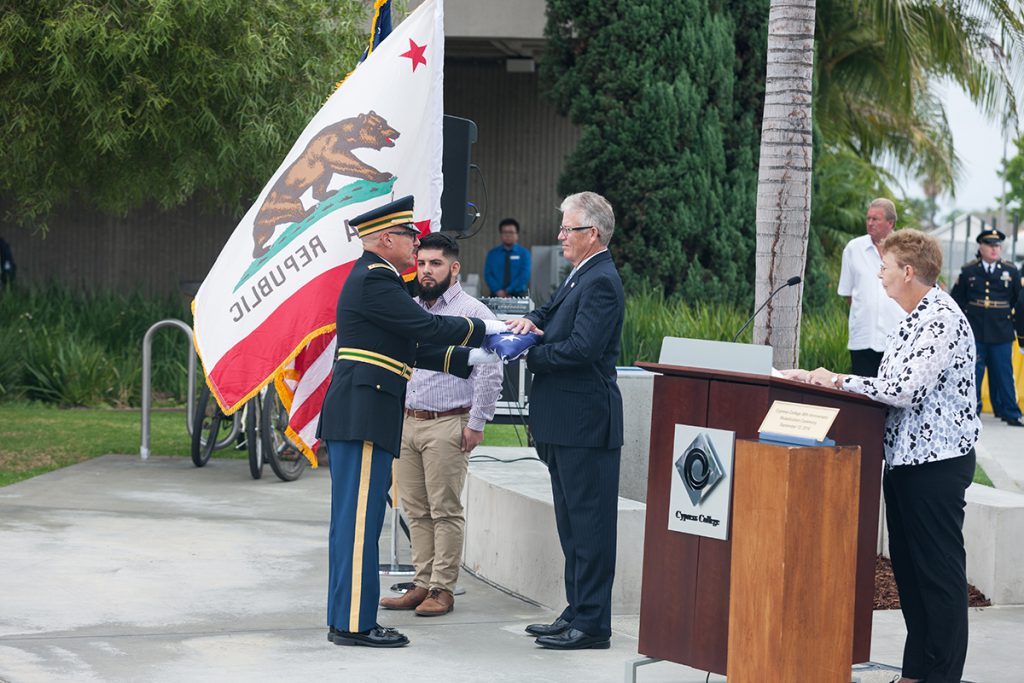 Here is his announcement:

I came to Cypress College in June of 2007 as the Executive Vice President. It became obvious to me very quickly that I had made the right career choice and that I had been given an extraordinary opportunity. Everything that has transpired since that time has validated my first impression. In my time here, I have felt a sense of excitement and vitality and belonging in a way I had never previously felt in my professional life. I came to love this College.

As I think back upon that time, my first impressions and all that has since transpired, we have accomplished so much together, and I believe the future is now brighter for the College then it has ever been. The tasks before us this academic year, once completed, will lay the foundation and position the College for the next 50 years, and I will work diligently with you to assure this comes to pass. At the same time, this is my 10th year at the College and my 30th year in education. I have a growing sense that my time as the leader of this outstanding institution needs to give way so that others can carry forward the work we have begun. I have decided that it is the appropriate time to announce that I will be stepping aside at the end of this academic year.

There are some significant tasks remaining before us this year, including the Accreditation Self Study, 50th Anniversary celebrations, 3-Year Strategic Planning, and Measure J construction planning (S E M Building, Library/LRC expansion, Veterans Resource Center). These “additional duties” are on top of the regular business of the College which continues unabated. With these tasks substantially under way, it is my sense that the time is appropriate to step aside so that you will have the opportunity to identify your next leader in a timeframe that will best suit the needs of the College. Going forward, I have no doubt that the person chosen to be your next leader will have the same kind of support I have experienced, support that is directly responsible for any success I may have had as your President.

We have much work to do before that last day, and I am hopeful that if anything, I may be leaving a year too early rather than a year too late. It is my intention to work with you, to laugh and to celebrate with you, and to contribute in every way that I can through the end of this academic year. I want each member of the Charger family to know how very much I have appreciated your contributions to our work. It has been, and remains, a privilege to engage in that work beside you. 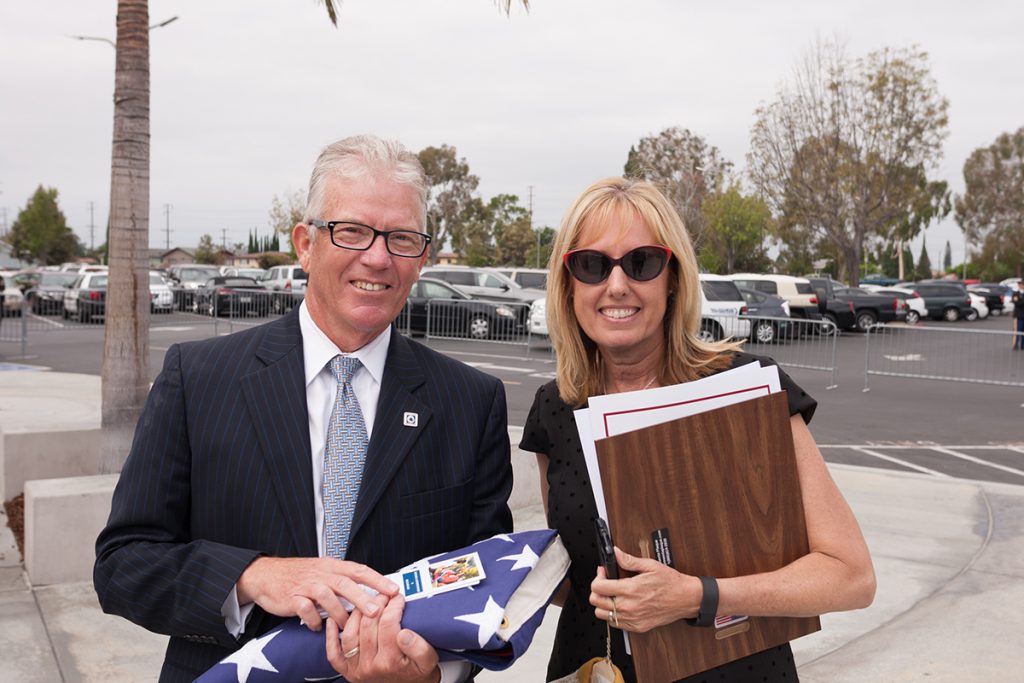 Dr Simpson with his wife, Denise, in a photograph at the College’s rededication ceremony on Monday. Dr. Simpson announced his retirement on Tuesday evening.