Today is National Girls & Women in Sports Day. The day recognizes the “extraordinary achievements of those who have helped to effect change and create opportunities for women and girls in sports,” ngwsd.org states. In honor of this day, Cypress College is showcasing Head Coach Margaret Mohr. Coach Mohr has an extensive background in sports, which earned her numerous honors, including CIF-SS and National Catholic Player of the Year.

Mohr was offered a full scholarship at California State University Long Beach. By her junior season, Mohr was named team captain and starting point guard. Her 182 assists still rank her fourth on the single season record book. In Mohr’s senior campaign, the 49ers made history by becoming the first CSULB team to reach the NCAA Final Four after an inspiring season that included a Pacific Coast Athletic Association crown and No. 4 ranking in the national polls to close out the season. Coach Mohr was inducted into the Long Beach State Hall of Fame in 2011. 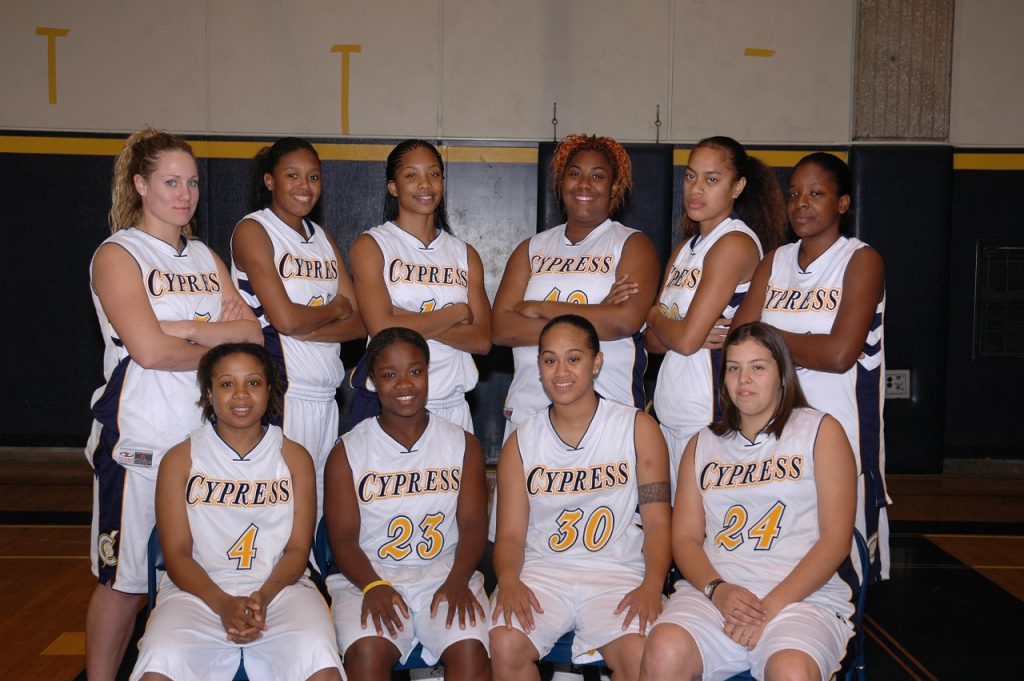 Mohr led the 2005 Chargers to the State Championship Title in storybook fashion.

Since then, she has coached at all levels – from high school to college to the L.A. Sparks – before finding her home here at Cypress College. Since 1998, she has racked up over 300 victories, four Orange Empire Conference Championships, three OEC Coach of the Year Awards, four Regional Finals appearances, and a 2005 State Championship.