Student success comes in many different forms, and Cypress College is proud to recognize and celebrate the variety of paths our students take to achieve their dreams. Whether it’s transferring to a four-year institution, or receiving an associate degree or certificate and heading into the workforce, we want all of our students to know we are on this educational journey with them and are pleased to feature distinguished #CYProud students for 2019. 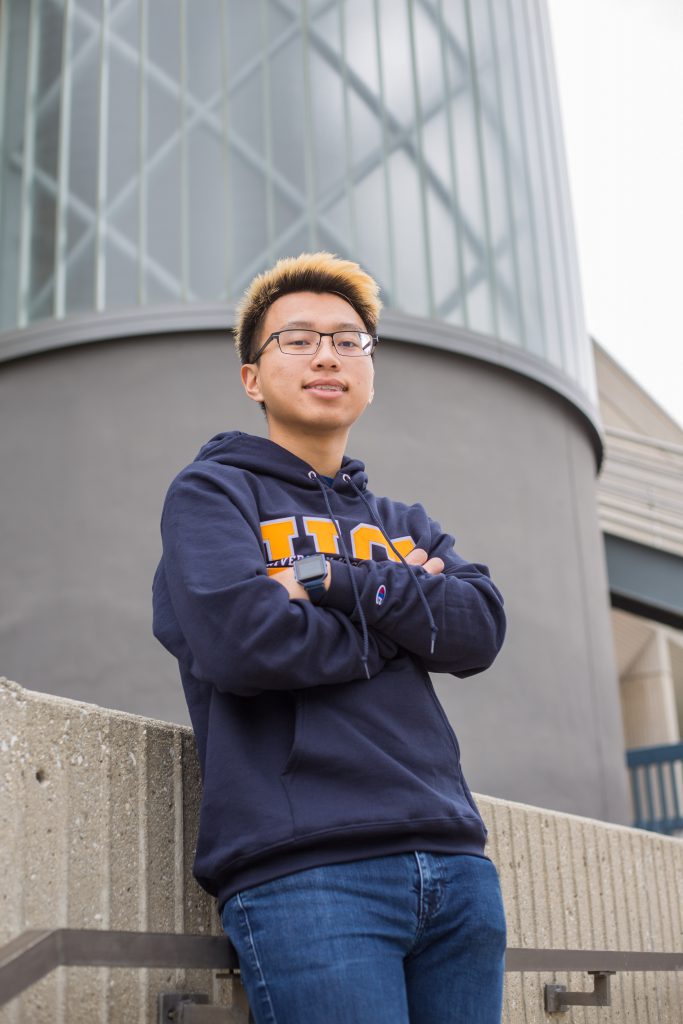 The pressure to perform and live up to parental expectations set by successful older siblings can be a difficult burden. For David Su, meeting those expectations was a simple task throughout primary and middle school, but became too much to bear in high school. In junior year, he fell so far behind in his classwork that he dropped out and instead attended an alternative high school that nulled his eligibility for a UC or Cal State.

David became heavily involved in a number of clubs on campus and was inducted into the college’s Psi Beta psychology honor society. He graduated with an associate degree in psychology and transferred to UC Irvine. He aspires to earn a master’s degree in educational counseling and become a counselor in higher education.

I grew up in Cypress, California, born to two loving parents who always doted on me and praised me for the high passing marks that I would receive in elementary and middle school. Back then, I passed all of my classes with flying colors — and, I had to. After all, I had to succeed like my wonderful older brother who had set impossibly high standards for me as he was seen as a genius in school. My parents assumed that I would do equally as well, so I worked hard just to please them — except, I didn’t.

Elementary and middle school were easy. I flew by with flying colors without really having to study at all because back then, everything came to me naturally. I failed to realize that the reason for this was because of the low difficulty; nevertheless, I settled into my bad habits of not studying and not working hard because why would I need to study or try hard when everything was so easy?

And then high school hit. And it was a disaster.

As I settled into high school, I found each passing year becoming more and more difficult for me, and in my junior year, I found the classes to be too difficult. No longer could I just sit back, relax, and let the information soak into my brain; I had to actually try this time around as my classes were no longer a cake walk. For the first time in my life, I had to actually study to succeed, and I couldn’t. I let my homework and assignments pile up as I slowly slipped behind, and I failed to study when I needed to. Eventually, my grades began to drop. It was at this point that I began to frequently miss school to attempt to make up my homework, but I failed to realize that this would only result in me having to catch up on more missing assignments for those missed days. Eventually, it was too much. There were too many late assignments to catch up on, my grades had fallen far too low, and some of my teachers even doubted if I would ever come back.

They were right. I never did come back. Instead, I graduated from an alternative high school that offered independent study. Because of that horrible disaster that was my first high school, I found myself afraid of learning and afraid of disappointing my parents, friends, and teachers.

That lasted for two years, and now I’m at Cypress College. Since then, I’ve tried my best to get over my fears, and in the process, I’ve rediscovered my love for education and passion for learning, most notably for my major of psychology. I love learning about the human mind and discovering the intricacies of human potential. Since my lowest point in high school, I’ve now been accepted to both the University of California, Berkeley and the University of California, Irvine.

After graduating from high school, I wasn’t exactly sure what I wanted to do with my future, but I knew immediately that I wanted to go to the college that I had fallen in love with as a child. Since then, Cypress College has given me the opportunity and time to explore my options in life. Essentially, for a person whose family places such a high importance on higher education, Cypress College has given me a second chance.

Ever since my enrollment at Cypress College, I’ve found myself becoming heavily involved with Circle K International (CKI), Psychology Club, Psi Beta, and Inter-Club Council (ICC). Joining CKI was an easy choice for me; I had fallen in love with volunteering and giving back to my community ever since high school (I volunteered more than I did homework back then), and I was thrilled with the idea of being able to continually engage in community service. Since joining, I have served as the vice president and president in CKI.

As for Psychology Club, I decided to join because it directly related to my major, but I stayed because I met two wonderful professors who were able to share their special love for psychology with their students. These two professors, Dr. Angela deDios and Dr. Brandy Young, would go on to expand the Psychology Club and establish Psi Beta, an honor society for psychology at the community college level, which I naturally became a member of because I wanted to follow the two professors that I look up to.

Finally, I became involved with ICC due to my involvement with the three aforementioned clubs because I was appointed as the ICC-representative for each of them. I would later go on to become the ICC secretary. 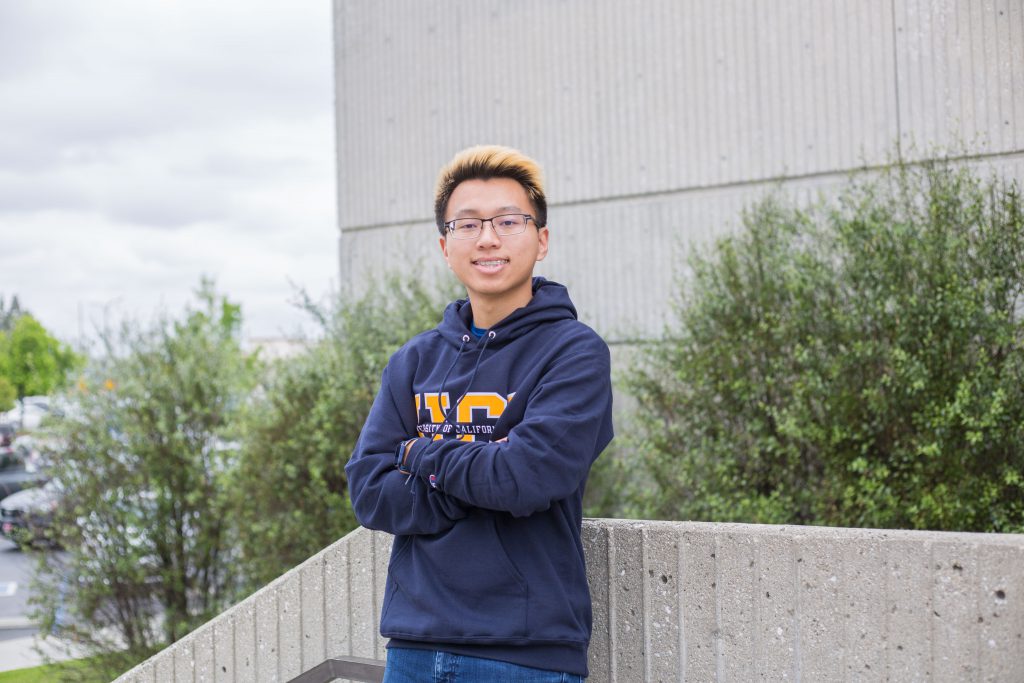 I’m most passionate about my major, psychology. Ever since I began to take my major classes, I’ve really enjoyed learning about human behavior and development. I enjoyed learning about how someone could have a certain tendency or behavior because of their previous experiences in life or genetic susceptibility. Through this, I’ve also learned about my own tendencies and behaviors, and the reason why I failed in high school. I want to help others understand themselves and unlock the potential within them.

There are a lot of faculty and staff who have helped me get where I am today.

Dr. Angela deDios – Dr. deDios was one of the first Cypress College faculty members that I met. I took her for Intro to Psychology and Developmental Psychology. Not only did I learn a lot about psychology, I was able to apply many of her teachings to my own life. Dr. deDios is also the advisor of Circle K International, Psychology Club, and Psi Beta.

Dr. Brandy Young – Despite never having the chance to take Dr. Young’s classes, I was able to meet her through Psychology Club and Psi Beta. She gave me advice on life after Cypress College. Dr. Young gave us many opportunities to explore psychology on a professional scale with student speakers in graduate school, field trips to the UCLA Psychology Department, and networking experiences at the Western Psychological Association’s convention.

Transfer Counselor Yolanda Duenas – I’ve spoken with Yolanda Duenas on multiple occasions to discuss my education plan at Cypress College in order to transfer. However, on one occasion, I asked her about how she became involved with being a transfer counselor. I already had an affinity for advising students on how to transfer, yet Yolanda helped me see that this is something that I wanted to pursue.

Dave Okawa – As the director of Student Activities, Dave Okawa was someone I spoke to on multiple occasions as I was the president of CKI and an ICC representative for three different clubs. When the position of ICC secretary was vacant for the 2018-19 academic year, he motivated me to apply for this position.

I plan on finishing my bachelor’s degree at UCI and going on to pursue my master’s degree in educational counseling.

I’m most proud of my brother, who’s currently pursuing a master’s degree in pharmaceutical biology at the University of California, Santa Barbara. My older brother has always been my pillar of strength when I’ve needed him most; he’s always been there for me, right behind me to support me when I needed it the most. He gives me helpful advice when I need it, and, occasionally, the truth when I don’t want it. Sometimes, he even annoyingly calls me at weird times of the night to bother me, but I know he does it because he just wants to talk to me since we’re far apart from each other, living our own lives and pursuing our own futures — and that’s why I’m proud of him. Even though he’s extremely busy, he’ll always find time to help me out, to give me advice, or to annoy me at odd times of the night. He’s my older brother, but he’ll always find time for his little brother.

I would say that it is important to use the resources that are provided to you at Cypress College. If I didn’t use the resources that were provided to me, I don’t think I would have been as successful as I am now. To give an example, if I didn’t consult with my guidance counselors, I believe that I would have been incredibly lost when it came to the direction that I wanted to take my future in. I highly recommend consulting with the school’s guidance counselors as not only are they friendly, but they’ll help point you in the right direction.

There are a lot of other resources at Cypress College, but I think the most important thing to remember is this: the resources provided aren’t going to come to you, asking if you need help; you have to go out on your own accord and utilize these resources.

Cypress College has truly been a place of comfort for me to pursue my education. While I entered Cypress College without many friends, I am exiting with a full network of friendships and opportunities for my future.