Don Tyrrell Remembered for His Guidance of Cypress College Students 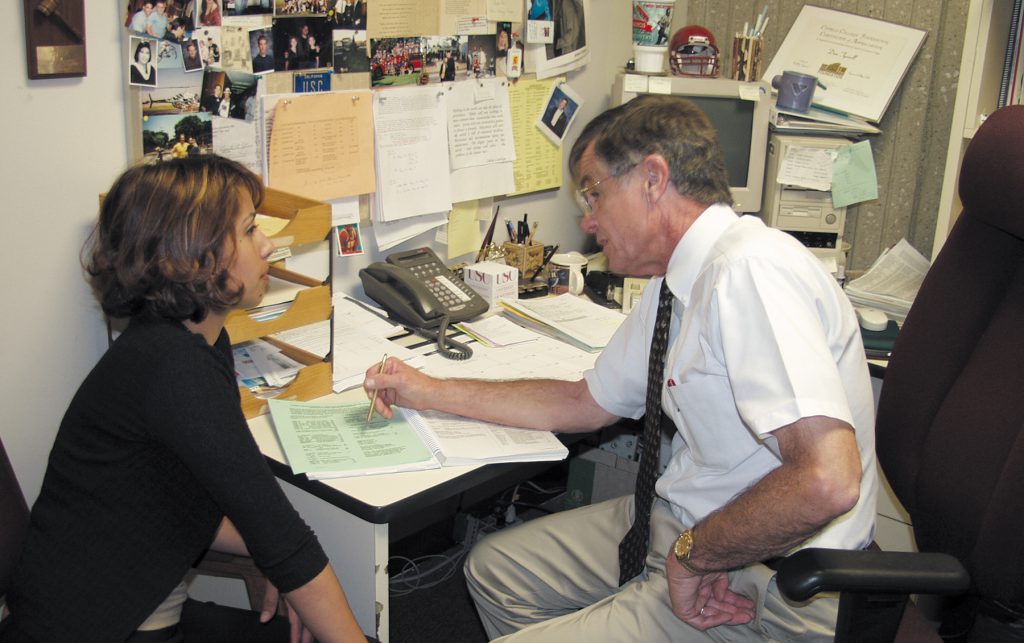 Retired Counselor Don Tyrrell is seen advising a student in this 2001 photograph. The pictures of former students and USC memorabilia in his office reveal his passions.

Cypress College is remembering Don Tyrrell, a 35-year employee who continued to support the campus following his retirement in 2005. Mr. Tyrrell, a resident of Westminster, died on August 22. He was 81.

Mr. Tyrrell was a counselor serving business majors during his entire tenure at Cypress College — and was frequently cited by alumni as their favorite college employee. He moved from his hometown of Osage, Iowa, where he had been a junior high school teacher and coach, to attend the University of Southern California in pursuit of his master’s degree.

He worked at Westminster High School as a counselor for five years after graduation from USC. He was hired at Cypress College in 1970 where he because one of the college’s most-recognized faculty.

“All of our employees are selected based on their commitment to support students throughout the course of their journey at Cypress College,” said President JoAnna Schilling, Ph.D. “Don Tyrrell represented that commitment perhaps more than any other member of our community.” 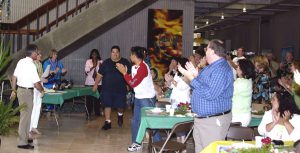 Don Tyrrell receives a standing ovation from his colleagues during a ceremony recognizing retiring employees in May 2005.

Though he was retired for 14 years, alumni regularly inquired about him — a sentiment reflected in a 2004 welcome letter to students written by then-Cypress College President Dr. Margie Lewis in which she referred to Mr. Tyrrell as “the consummate counselor.”

Those feelings were echoed by his dean when Mr. Tyrrell was selected for the prestigious National Institute for Staff and Organizational Development 1997 Excellence Award. “[The award] exemplifies the esteem in which he is held by his students and colleagues,” then-Counseling Dean William Parmenter noted in Mr. Tyrrell’s personnel file.

Another performance review noted: “Don articulates his philosophy of counseling for student success strongly, but with a sensitivity to others’ opinions. He leaves no doubt that his primary role is to assist individual students in enhancing their learning and success.” 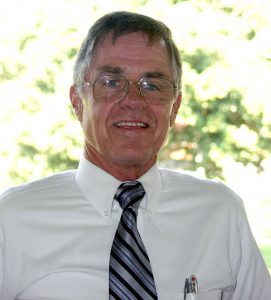 At Cypress College, Mr. Tyrrell served on numerous committees — including accreditation and assessments of both instructional quality and student services — and advisory boards. Following his retirement, he continued committee work, helping plan the 40th and 50th anniversaries of the college and serving annually for many years to select the alumnus of the year.

Mr. Tyrrell is survived by his wife Audrey, a retired teacher, and sons Scott and Mike. Services are pending.