Cypress College is remembering long-time Foundation Board of Directors Member and Alumnus Walter Bowman, who passed away on Sunday (November 17, 2019). Mr. Bowman, a former mayor of Cypress, is being memorialized this evening.

Mr. Bowman’s association with Cypress College is long and strong. He enrolled at Cypress College following military service in the Army. In 2006, he was recognized as the Cypress College Foundation’s Alumnus of the Year. He served on the Foundation Board of Directors since 1993, was a past president, past chairman of the Americana Awards, past title sponsor of Americana, a Citizen of the Year from Cypress in 2002, and a member of the college’s Legacy Society.

“Walt made an impact on me as one of the most thoughtful, kind, and dedicated individuals we will know,” said Cypress College President JoAnna Schilling, Ph.D. “Cypress College and our community will miss him deeply and so will I.”

A service for Mr. Bowman will be held tonight (November 21, 2019) at Cypress’s Holy Cross Lutheran Church, where he had been a member of the choir.

Mr. Bowman moved to Orange County in 1978 from his family dairy farm in Michigan only to settle in Cypress, which was known as “Dairy City” in the early 1950s.

“I think many people feel the way I do — and they are proud of the community and I want to make sure it stays this way,” Mr. Bowman said in 2001, following his selection as the Americana Awards Citizen of the Year for Cypress. “That’s why I stay involved. I think Cypress has a good family atmosphere and it is a really nice place to live and raise children.”

Walter and his wife Ethel have served their community for many years, volunteering with groups their children were involved in, including Little League, boosters, and PTA.

In addition to his strong association with Cypress College, Mr. Bowman spent a number of years on the Cypress City Council (1989-98), including service as the town’s mayor (1991 and 1996). He was a long-time board member with the Cypress Chamber of Commerce, and was named the organization’s Man of the Year in 2000. He is a former director of the Boys & Girls Club of Cypress, former chairman of the Cypress Redevelopment Agency, the Permit Streamlining Committee of the Southern California Associations of Governments, and former chairman of the Orange County Housing Commission. He also served as president of the Stanton Chamber of Commerce, the Stanton Boys & Girls Club, and Kiwanis.

Since 1974, Mr. Bowman was the proprietor of a successful real estate business. He earned an associate degree in business administration from Cypress College, and a bachelor’s degree in finance from California State University, Long Beach. He also served in the U.S. Army for three years. 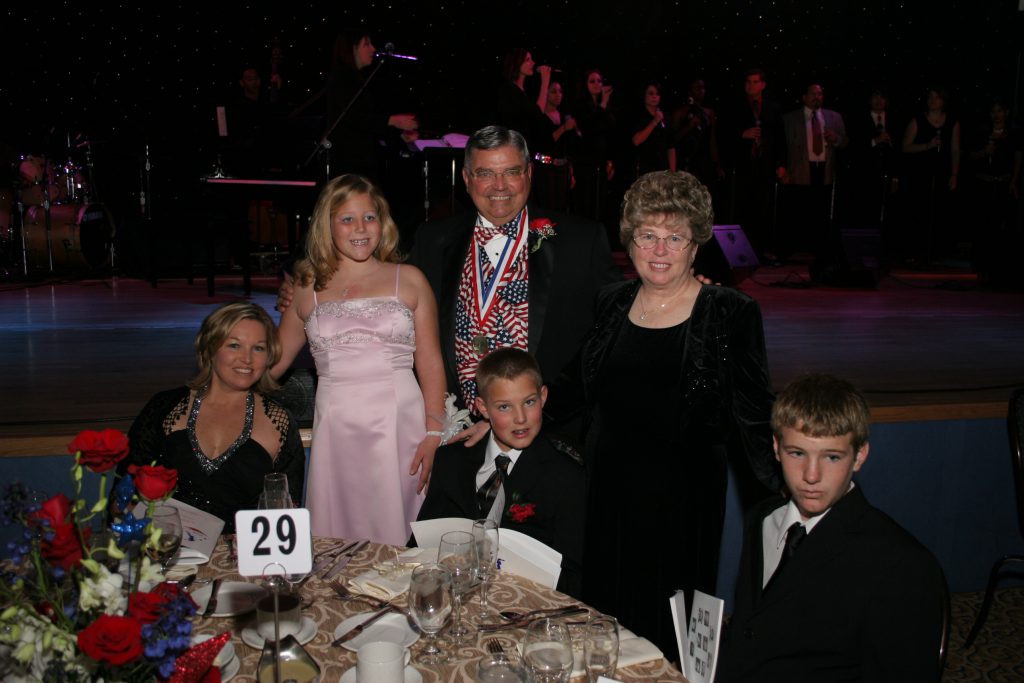 Walt and Ethel Bowman, pictured at the 2006 Americana Awards.