Cypress College student Dolores Jenerson-Madden has used different avenues for self-expression over the years, but the one medium she finds herself returning to again and again is the written word.

“I grew up as a very curious and emotionally intense child. I felt my daily experiences deeply,” Jenerson-Madden said. “Initially, I expressed myself through classical music playing violin and piano, as well as singing traditional Protestant church music in the children’s and young adult choirs at Union Baptist Church in Philadelphia.” 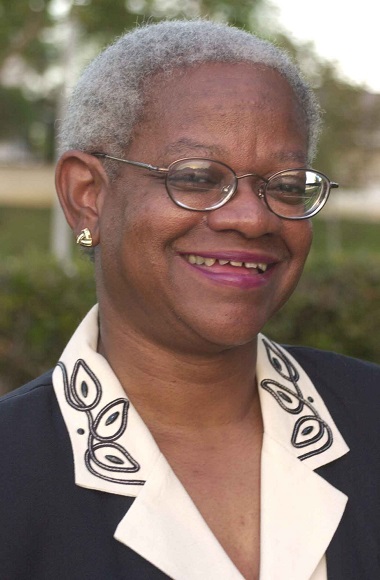 Jenerson-Madden is a student in Cypress College’s creative writing program, which launched in 2019. Her work was recently published in the poetry and short story anthology “Dewdrops Ride on the Wind.” She is currently earning her certificate in creative writing at the college and plans to self-publish her first book of poetry, “Crying Out,” later this year.

Jenerson-Madden began taking courses at Cypress College following retirement from full-time employment several years ago. Although she initially took music and photography classes, she found her true passion when she enrolled in Creative Writing for Seniors through Cypress College sister institution North Orange Continuing Education, taught by late instructor Barbara French. Jenerson-Madden attended every section of her course after that, up until French stopped due to failing health.

“She taught up until two weeks before her death. She was the most intellectually astute and vibrant 97-year-old I had ever encountered,” Jenerson-Madden said. “Not only was she a published author and a certified instructor, but she was also a great motivator and taskmaster for the written English language.”

By then, Jenerson-Madden was hooked on writing again, exploring the world around her and the different intersections of her identity as an African-American woman and senior citizen. Within “Dewdrops Ride on the Wind” alone, she has six poems, a romance story, a science fiction story, a comedy story, and an excerpt from her autobiography.

“I absolutely, indubitably LOVE the creative writing program at Cypress College,” she said. “Students willing to put in the time and effort will gain a foundation that will serve them throughout their writing careers.”

This spring, Jenerson-Madden will be taking Introduction to Screenwriting. Students who enroll in the creative writing certificate program must take Introduction to Creative Writing, the core class, but can choose from six different courses to fulfill the rest of the credit requirements.

The screenwriting class will be her final course in the program, and she plans to graduate in May. But Jenerson-Madden has no plans to stop writing and sharing her thoughts, observations, and musings that she has gained over the years with the world.

“I have experienced a very full and dynamic life that has provided me exposure to many slices of the human experience,” she said. “My ultimate goal is to develop into a respected multi-published writer in a variety of genres.”