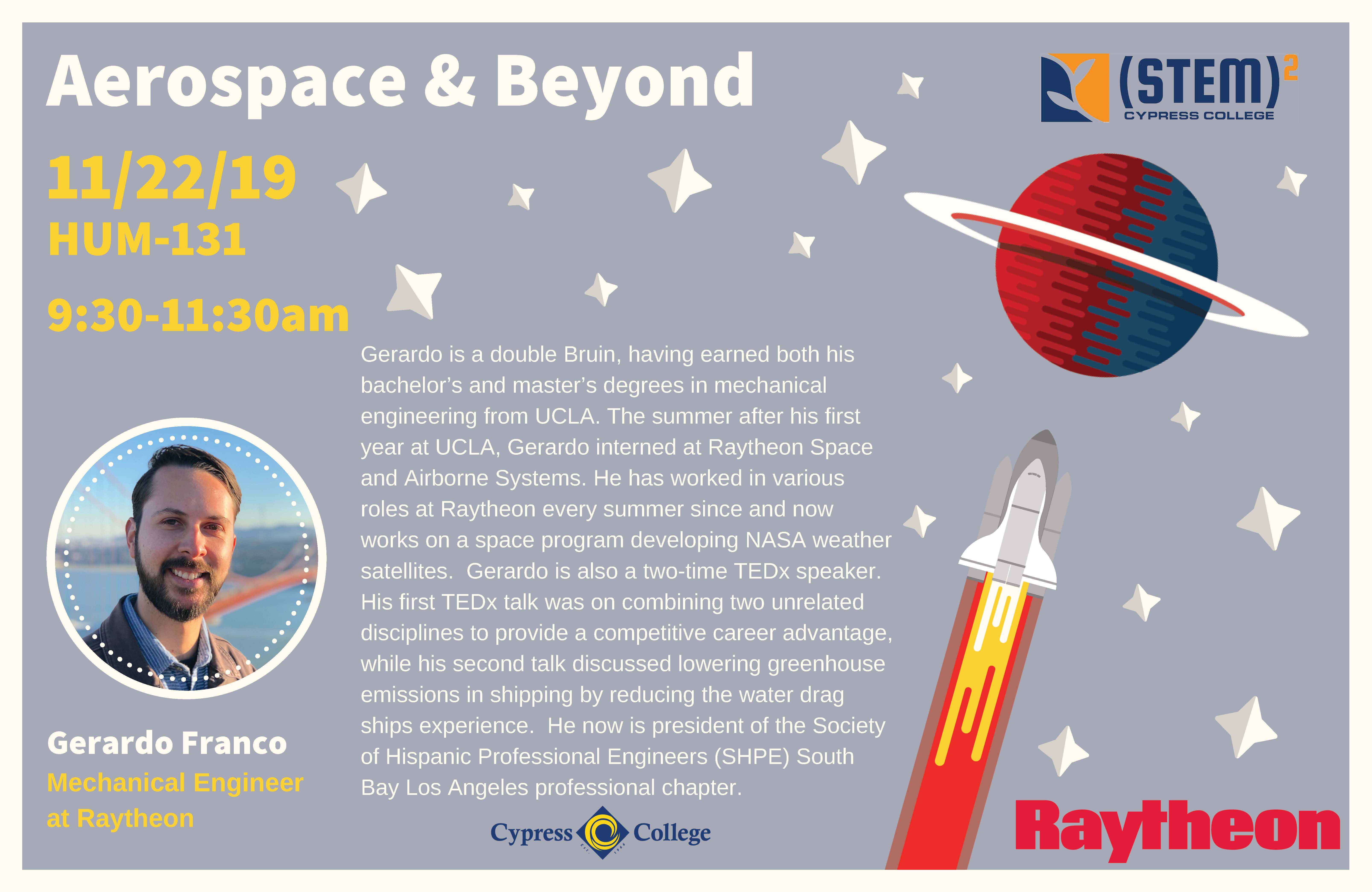 This event features Gerardo Franco, a Mechanical Engineer at Raytheon. Aerospace & Beyond will take place in HUM-131.

Gerardo is a double Bruin, having earned both his bachelor’s and master’s degrees in mechanical engineering from UCLA. The summer after his first year at UCLA, Gerardo interned at Raytheon Space and Airborne Systems. He has worked in various roles at Raytheon every summer since and now works on a space program developing NASA weather satellites. Gerardo is also a two-time TEDx speaker.