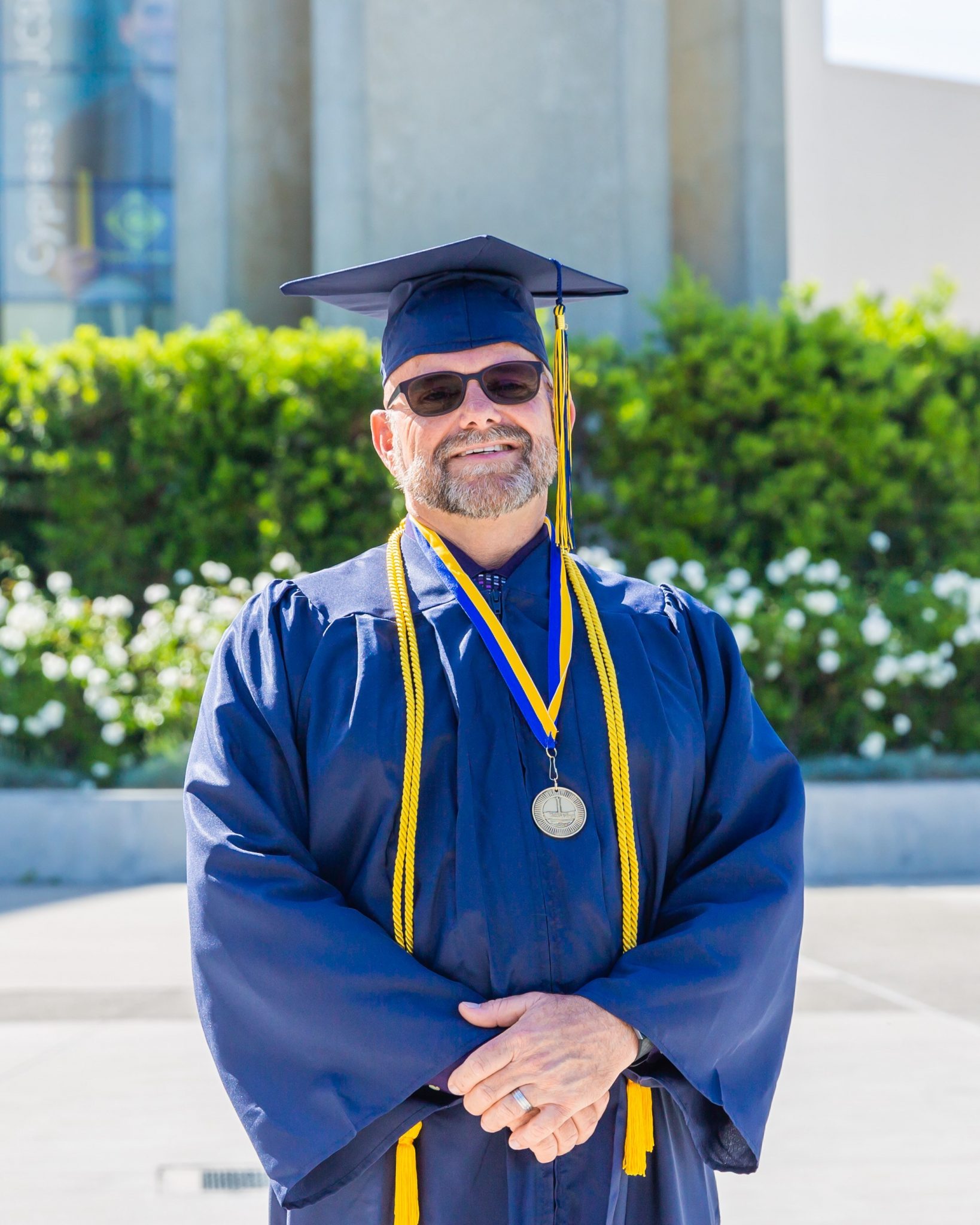 John is an air conditioning and refrigeration major and was selected as the Presidential Scholar of Distinction for the Career Technical Education Division at Cypress College. His initial educational journey was cut short in high school when he dropped out to help his aunt and uncle at the flooring store they owned. His aunt had lost both her legs to leukemia; his uncle was in a car accident on the way to visit his wife at the hospital, hit by a driver running a red light.

After his aunt and uncle closed their store, John took up carpentry and plumbing to be able to pay his own bills, then got married and had children. John and his family encountered a difficult situation, ending up homeless and bouncing from motel to motel for nearly 13 years.

“I got involved with the wrong people, doing the wrong things, and at that time, I thought it was for the right reasons, but I was wrong and it almost cost me my family,” he said.

John’s life changed when he found God, leading him not only on a path to reconcile his marriage and restore his relationship with his children and friends, but also straight to Cypress College’s Air Conditioning and Refrigeration Program via Professor Richard Hock, who attends the same church.

Now, following his graduation this year, John plans to continue his education, striving to eventually earn a master’s degree, and teach at Cypress College. “I can’t see myself doing anything else,” he said.