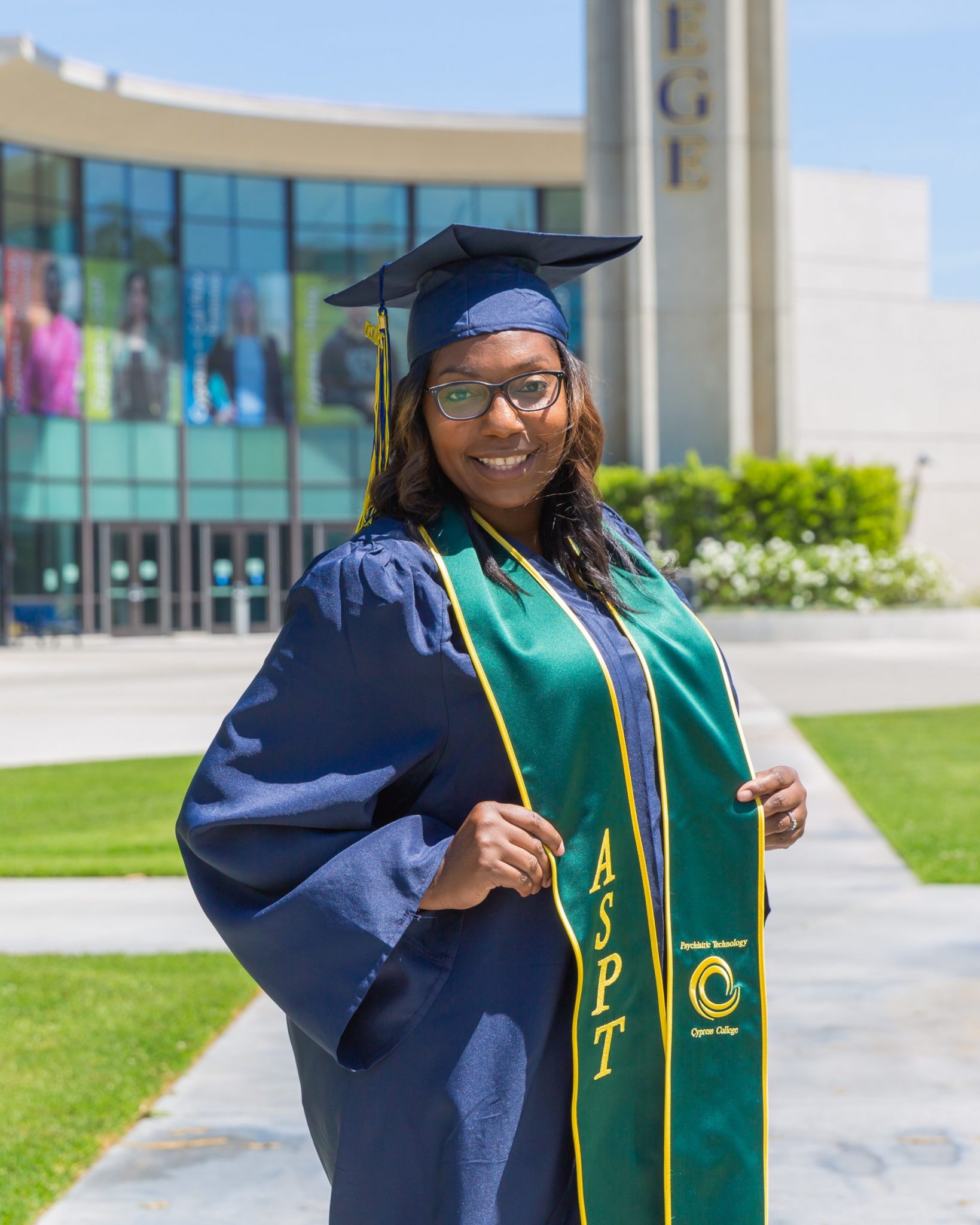 Christina is a psychiatric technology major and was selected as the Presidential Scholar of Distinction for the Health Science Division at Cypress College. Throughout her life, she has been a caregiver. At a young age, she cared for her ailing father, who passed away when she was only 12 years old, and she ended up caring for her three younger brothers because her mother had to work significantly more to provide for the family.

Christina’s higher education pursuit began one class at a time while she worked two jobs. After six years of slowly treading toward her educational goals, Christina and her husband decided to prioritize her education, so she entered the college’s Psychiatric Technology Program. While in the program, she was forced to deal with several personal tragedies, including her mother’s diagnosis with kidney cancer and her brother’s suicide.

“The loss of my brother forever changed me, and it changed my purpose and goals,” she said. “I have always had an interest in helping people, but now I want to focus on those that face adversities.”

Following her graduation this year, Christina plans to work as a psychiatric technician and determine where she would like to pursue a registered nursing program. She ultimately aspires to earn a master’s in nursing and open group homes that offer care to those who suffer from mental illness and/or addiction. She is also passionate about advocating for mental health and self-care education in schools.