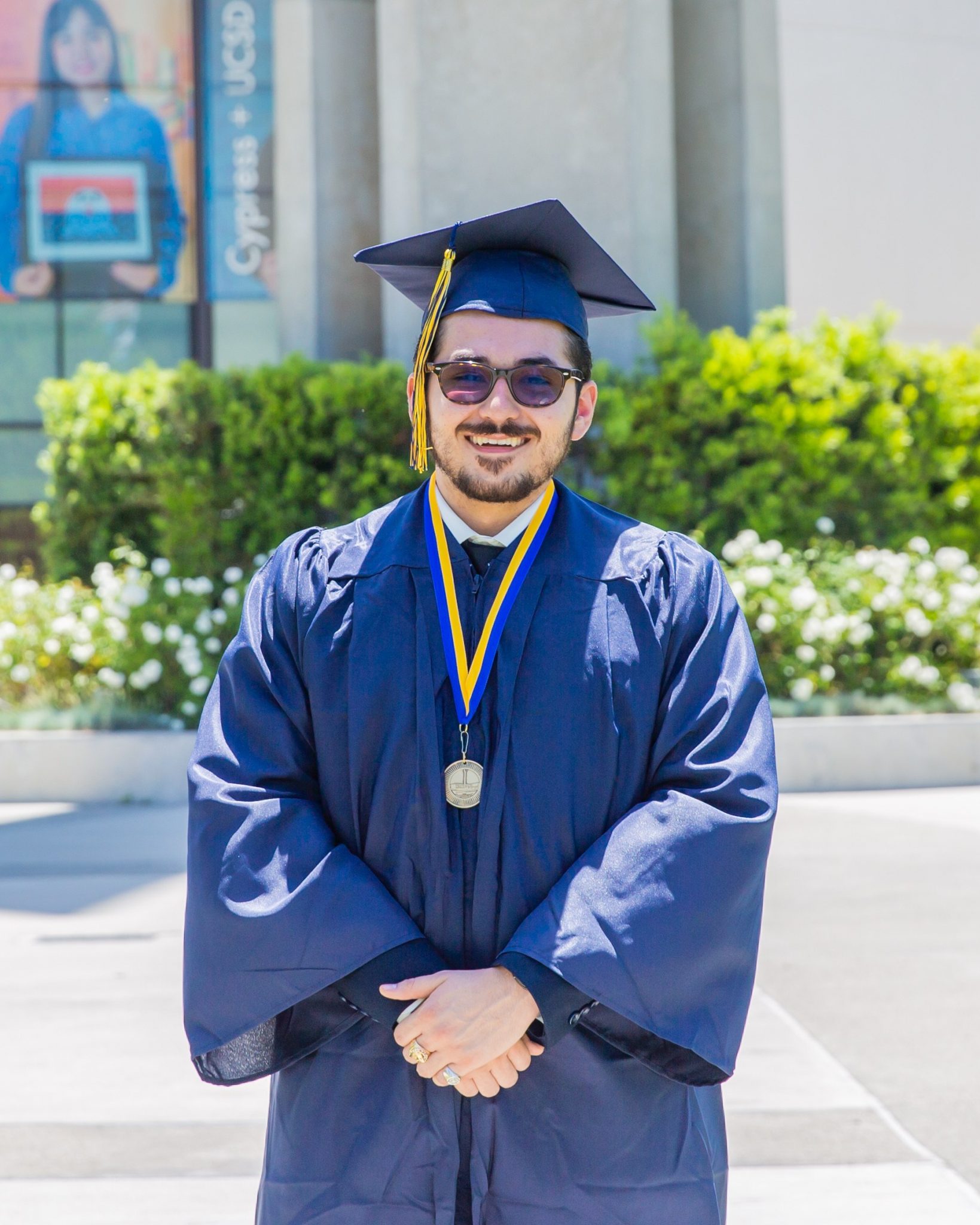 Nate is a communication studies major and was selected as the Presidential Scholar of Distinction for the Language Arts Division at Cypress College. Growing up, he had a number of interests and passions: to be an animator; to be like his MRI technician dad; and to turn his politics and government interest into becoming a lawyer. He was a good student throughout high school, yet, Nate admits, “I still wrestled with confidence issues about my academics and who I was as an individual.”

He chose to attend Cypress College while he figured out what he wanted to do. “Once I got to Cypress and took a few classes I realized I was right where I was supposed to be,” he said. “At Cypress, my love for politics, debate, and art collided when I took my first communications class.” Nate developed a passion for rhetoric and critical thinking, something that was further galvanized when he joined the college’s speech and debate team. There, he grew his confidence and found a support system in his team.

“I know a lot of work lies ahead of me, but every time I think I’ve reached my full potential, there has been someone there showing me that I can do even more,” he said.