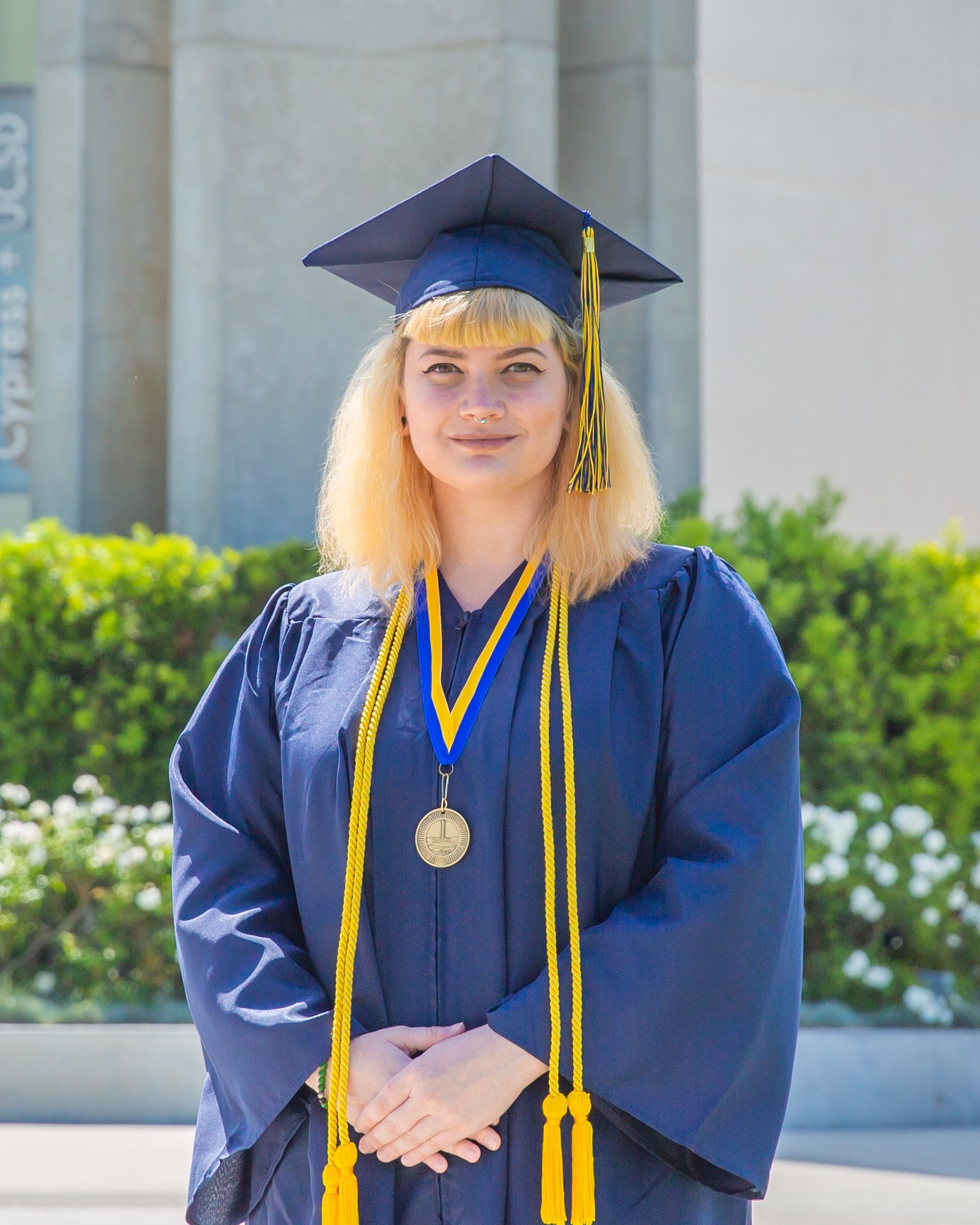 Sarah is an anthropology major and was selected as the Presidential Scholar of Distinction for the Social Sciences Division at Cypress College. She originally decided to return to school to pursue certification through the college’s Mortuary Science Program because “I love culture and felt that I could create custom funerals that encompass the beliefs of the deceased and the ones attending.” After taking an Anthropology of Death class from Professor Becky Floyd, however, she felt encouraged to change her major.

Following her graduation in fall 2019, Sarah transferred to Cal State Fullerton to pursue a bachelor’s degree in anthropology. She plans to pursue a graduate degree that will lead to fieldwork and ultimately writing ethnographies about death and dying from a cross-cultural perspective.

“I aim to be able to take this information and write books, not just for academia, but for the general population,” she said. “I want them to be able to read about the similarities and differences in people across the world, hopefully closing that gap of the idea of the ‘other,’ while also relieving some of the anxieties that we have about death.”