UPDATE: Photographs from the event are available here.

Tonight, Cypress College alumni Swen Nater and Mark Eaton will be honored at the Legends of Hoops Night basketball game. Both are NBA record holders; neither were playing basketball when they enrolled at Cypress College. 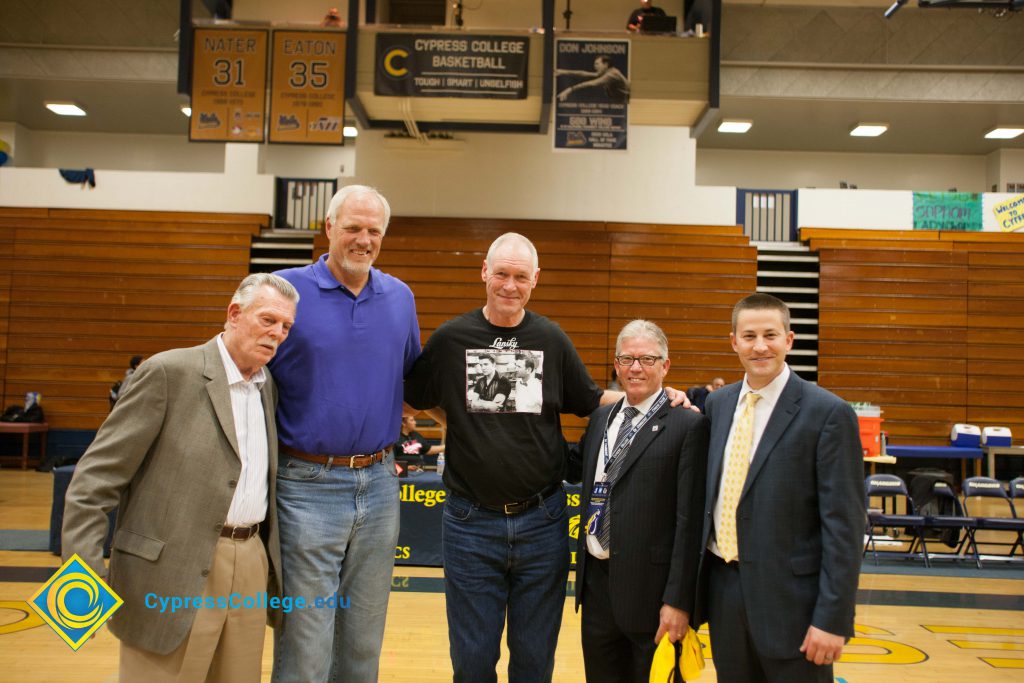 The two alumni will be recognized tonight at the basketball games on campus, where two men instrumental in their development — Coaches Don Johnson and Tom Lubin — will be in attendance.

This is an amazing success story.

Admission to the game is free, with additional information here.

Nater and Eaton are in town because both men will be recognized at the 39th Annual Americana Awards as the Men of the Year. The Americana Awards take place on Saturday night in the Grand Ballroom of the Disneyland Hotel.