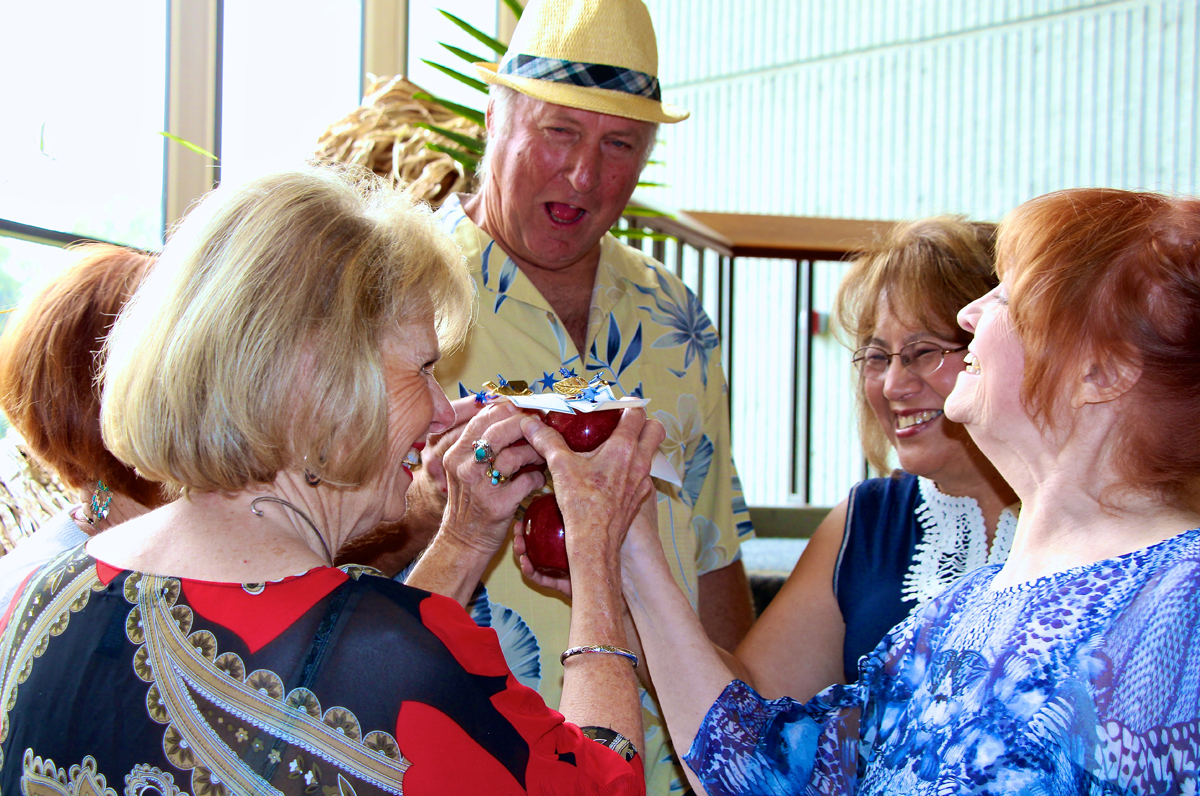 New retirees from Cypress College toast each other with their apple-shaped awards at the annual End of the Year Luau on Wednesday, May 6, 2015. Pictured (from right): Shirley Ashburn, Virginia Derakhshanian, Bob Burson, Nancy Miller (obscured), and Carol Green.

Sixteen Cypress College employees who retired during the 2014-2015 academic year, including several who will complete their careers here at the end of the spring semester, were honored during an annual campus ceremony held on Wednesday in the campus Theater Lobby. The employees include faculty and support staff. Two of the employees — Virginia Derakhshanian and Regina Ford — served Cypress College students for 4o years each.

Brief bios of the 2014-2015 retirees are available in a publication distributed at the ceremony.

In addition, the Cypress College Academic Senate conferred the title of Professor Emeritus for the following faculty: