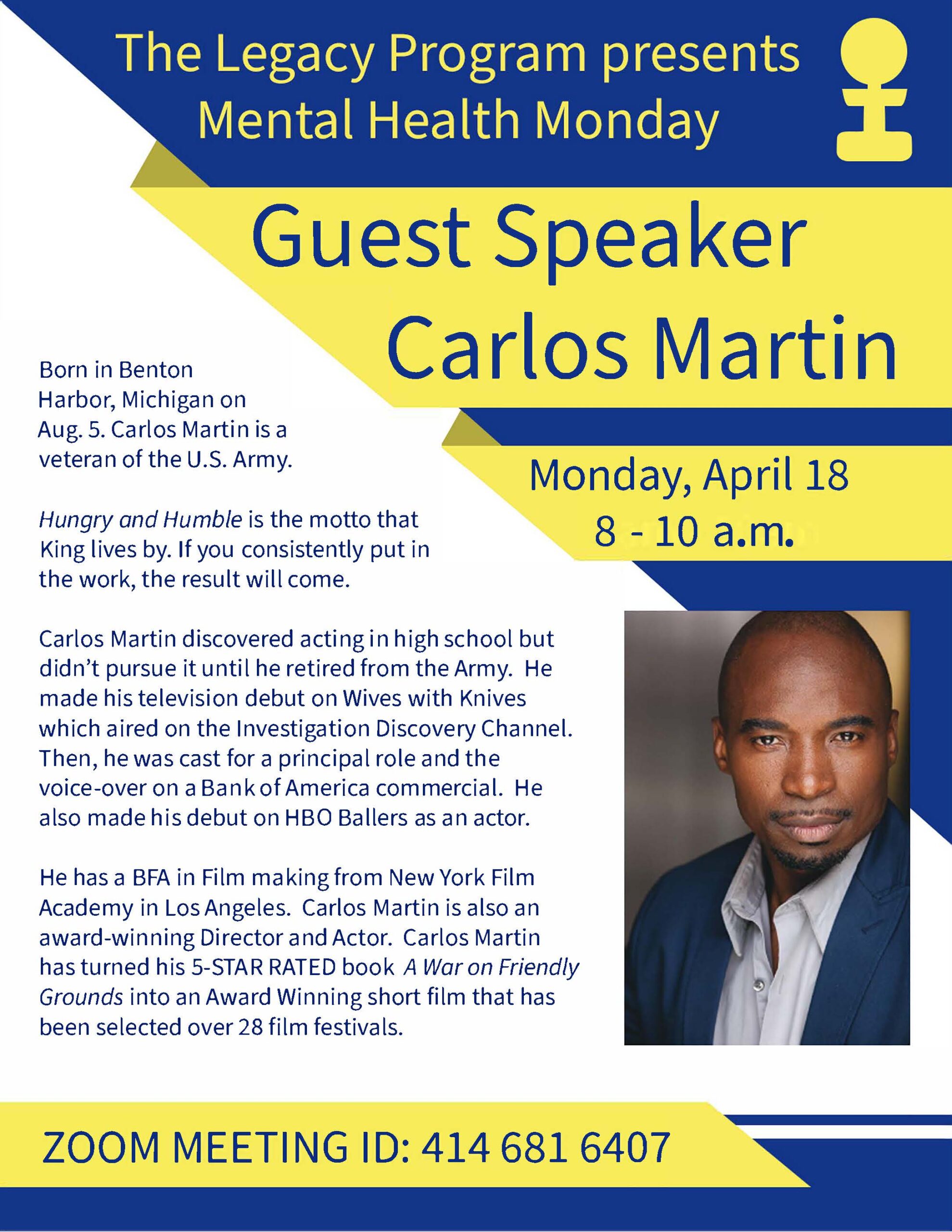 Born in Benton Harbor, Michigan on August 5. Carlos Martin is a veteran of the U.S. Army.

Hungry and Humble is the motto that King lives by. If you consistently put in the work, the result will come.

Carlos Martin discovered acting in high school but didn’t pursue it until he retired from the Army. He made his television debut on Wives with Knives which aired on the Investigation Discovery Channel. Then, he was cast for a principal role and the voice-over on a Bank of America commercial. He also made his debut on HBO Ballers as an actor.

He has a BFA in Film making from New York Film Academy in Los Angeles. Carlos Martin is also an award-winning Director and Actor. Carlos Martin has turned his 5-STAR RATED book A War on Friendly Grounds into an Award Winning short film that has been selected over 28 film festivals.